There’s a difference between going green and going Grinch. n an online custom that has become biliously trendy, local agencies blame holidaying folk for creating the bump in extra trash between Thanksgiving and New Year’s. Food, wrapping paper and tossed decorations are the culprits, according to the websites of Hennepin County, Do It Green Minnesota, Minnesota Pollution Agency and Rethink Recycling. Back off, dudes. Don’t guilt me about using two feet of curling ribbon on my mother’s slipper sox until you outlaw coal plants, build mass transit systems that go where people want to travel and tax private jets enough to pay for more legroom in coach. I’m all for recycling, reusing and reducing, but the advice from our governmental … END_OF_DOCUMENT_TOKEN_TO_BE_REPLACED 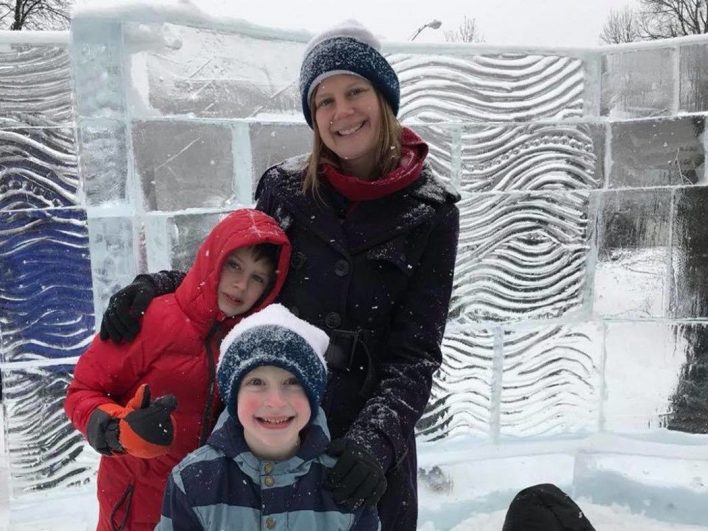 Focus needs to shift from the victim to the abuser. When it comes to domestic violence, we ask the wrong question: “Why does she stay?” We ought to ask: “Why does he hit?” In media coverage of domestic violence, in social media conversations about intimate partner violence, and when we as individuals try to think through why tragedies like the Nov. 24 Schladetzky familicide in Minneapolis occur, the focus too frequently turns to what part the victim played in attracting violence. Our conversations rarely ask why men abuse women. In an attempt to be helpful, we offer information about how women can leave abusive men or where the local shelters are located. But there are no messages for men about … END_OF_DOCUMENT_TOKEN_TO_BE_REPLACED 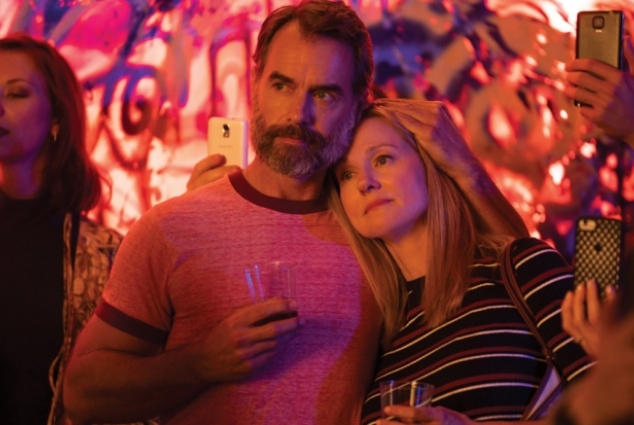 This miniseries will change how you see the world. When you turn on the television, the people you see may look like you. But if they don’t, you may feel invisible to the very culture in which you live.  The most powerful tasks media perform are to show us ourselves, show us one another, and show us how others see us. For example, most Christian Americans were taught what the Crusades were about—which side was honorable, which side was godless. I recently edited a military history novel, Brotherhood of the Mamluks (The Sager Group) by former Marine Brad Graft, about a disillusioned crusader who switched sides to fight with Muslims. That uncommon perspective changes how you see the world working—just … END_OF_DOCUMENT_TOKEN_TO_BE_REPLACED 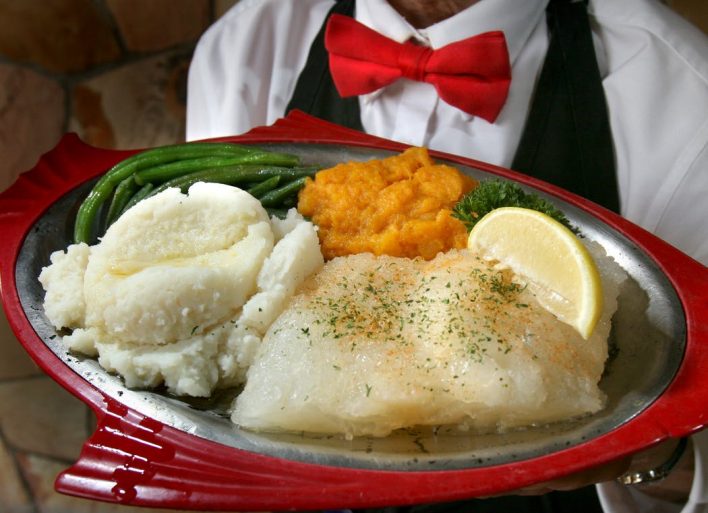 Foods like fruitcake, pig’s jowls and lutefisk are all but unpalatable, but we keep making them, year after year. Sometimes food is not really good at being food but we still love it. Why, for Pete’s sake? Many a culture, religion, ethnic group, and extended family has some traditional thingy on its holiday menu that takes a day-and-a-half and six people to prepare, looks odd, smells disgusting, tastes terrible, and is sensibly avoided by the most logical people at the table — the 5-year-olds. We do not require these foods for nutrition or enjoy these foods as edible stuffs, but by golly, we keep reproducing them, and forcing beloved family members to eat them. Take, for example, the brick of … END_OF_DOCUMENT_TOKEN_TO_BE_REPLACED 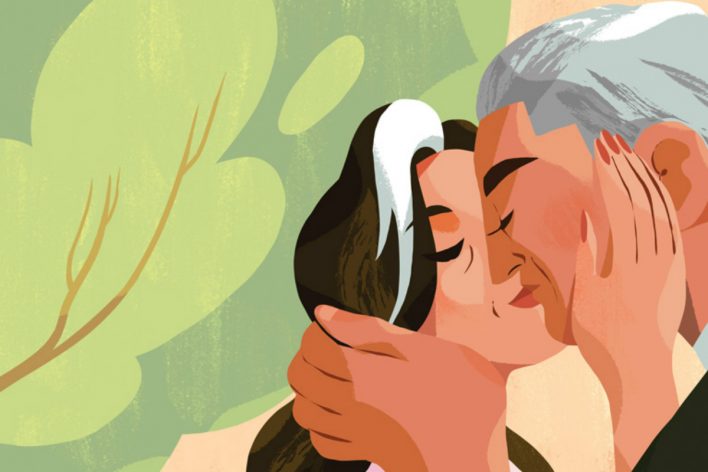 An older newlywed shares what it’s like to walk down the aisle when you’re in your 50s, 60s or beyond. Saying “I do” is gutsy at any age, but when that age also qualifies you for an AARP card, it’s downright heroic. Senior newlyweds understand what those vows really mean, having lived through the better and worse bits a time or two already. When a 25-year-old promises to hang in there in sickness and in health, he’s probably imagining heading to Costco for Nyquil when his partner gets a cold. But when a 55-year-old speaks those same words, he knows whereof he speaks. He’s hauled kiddos to the ER in the middle of the night, done laundry for 24 hours … END_OF_DOCUMENT_TOKEN_TO_BE_REPLACED 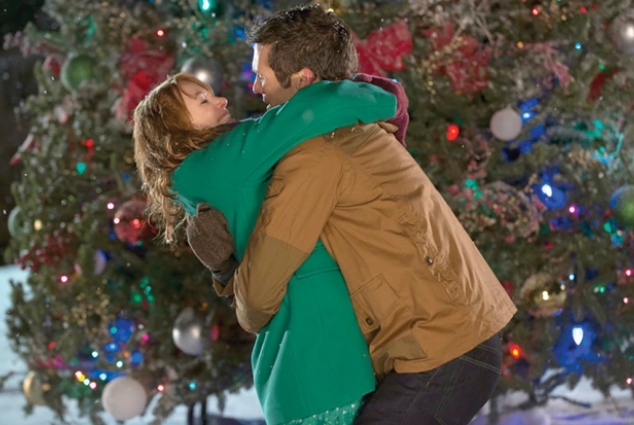 Romances validate what women bring to the table. Often, the acting is awkward, the plots shopworn, the wardrobes odd, and the holiday decorations tacky. The scripts are hardly witty and what passes for humor amuses only the characters on the screen. And for some reason everyone’s hair always looks a little goofy. The stories are so formulaic that apps have been built to generate fake Hallmark plots if you just plug in a few nouns.  A successful New York/Chicago/Atlanta/Boston career woman wearing edgy clothes and stiletto heels is forced to travel to a small town because she inherited a bed and breakfast/gift shop/newspaper. She is played by a B-list actress who is pretty, but not so thin or sexy she … END_OF_DOCUMENT_TOKEN_TO_BE_REPLACED 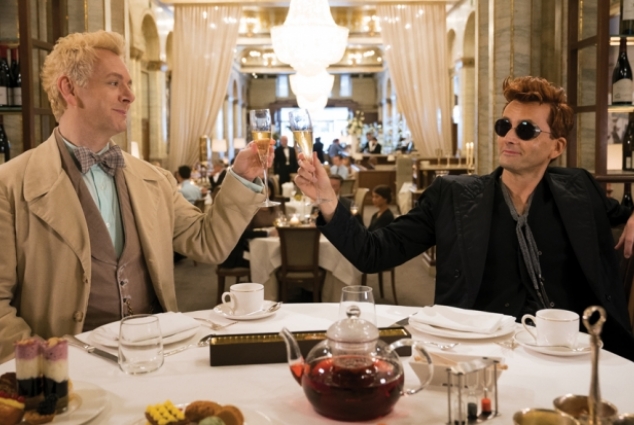 Could it be that humans are lovable even with all our faults? A demon and an angel, sitting on a park bench, commiserate about imminent Armageddon and agree: The loss of excellent bookshops, neighborhood cafes where they know you, and Mozart is too much for the divine, who have been visiting Earth and working at cross-purposes since the beginning, to bear.  They vow to collude to thwart the end of days. The thing is, heaven and hell are eager to clash swords and are not concerned about trashing the Earth as collateral damage. Can the ultimate fight between the mighty armies of good and evil be sabotaged by a single demon, Crowley, and one lone angel, Aziraphale?  Most media tales … END_OF_DOCUMENT_TOKEN_TO_BE_REPLACED 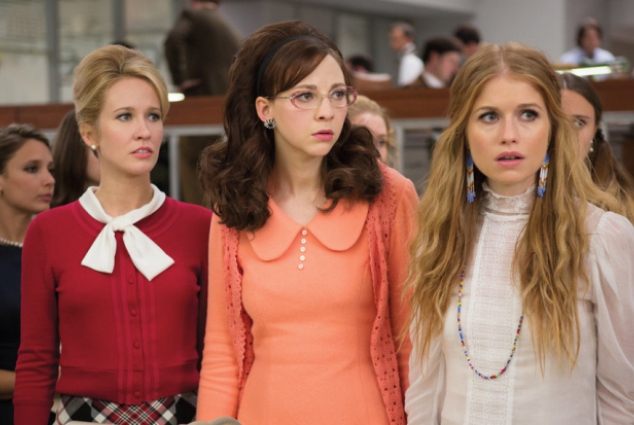 Women can now wear pants in the office, but has so much really changed since the days of “Good Girls Revolt”? Once upon a time, in 1969, women weren’t “allowed” to wear slacks at the office. This wasn’t for modesty—miniskirts and tight dresses were fine, 9–5. The dress code was to keep gender differences clearly delineated, as in the classic insult to assertive wives: “She wears the pants in that family.” When the chino ceiling finally cracked in office buildings across America, women could wear trousers in public, but only if they also wore a matching jacket. The female pantsuit was born. In the 1960s women were paid roughly half of what men earned, about 59 cents for every dollar a man … END_OF_DOCUMENT_TOKEN_TO_BE_REPLACED 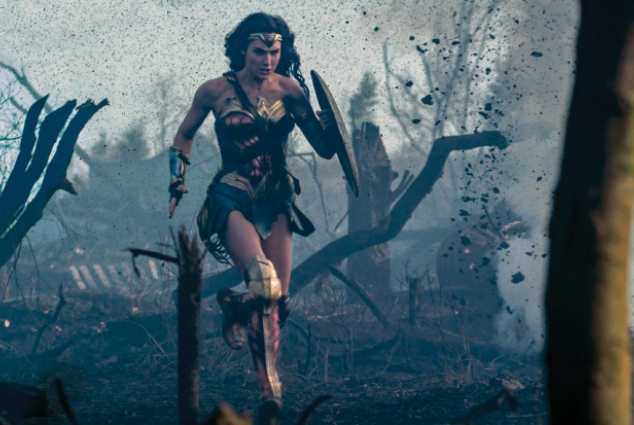 In ‘Wonder Woman’ accomplishment trumps beauty. In Wonder Woman, there are moments so uncommonly witnessed in film that the audience can almost hear paradigms shifting, like giant tectonic plates of cultural attitudes grating over one another as they struggle to realign. Of course, such shifts should have happened long ago, or should have never been needed at all, and there have been lesser and occasional positive tremors along the fault lines before, here and there in film.  But the current production of Wonder Woman brilliantly bundles a female protagonist of superior physical strength, compassion, and logic with pyrotechnical computerized special effects and unusual restraint regarding cleavage, and voila! suddenly a woman becomes a marketable hero, possessing the physical power and athletic ability that male viewers … END_OF_DOCUMENT_TOKEN_TO_BE_REPLACED 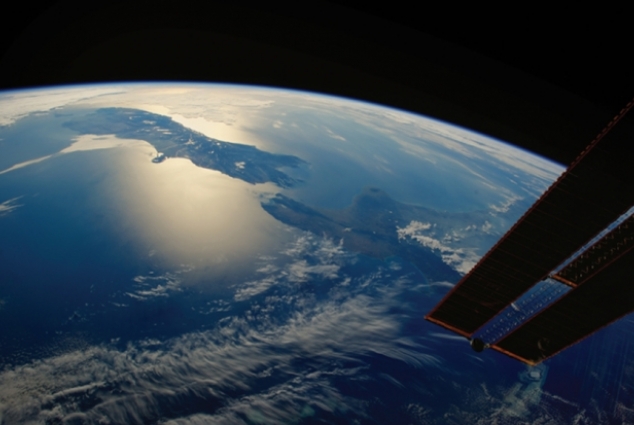 Get down to Earth with ‘Behind the Curve’ and ‘One Strange Rock.’ Two documentaries currently trending on Netflix take a look at the planet from decidedly oppositional perspectives—and they might change how you think about the ground you stand on. Behind the Curve is a new documentary (November 2018) by Daniel J. Clark about Flat Earthers—people who believe, against all human knowledge and scientific proof, that the Earth is flat. Some of them imagine the Earth as a Frisbee-like disc. Others think it’s like a cheese plate, covered with a transparent dome. There is, of course, no evidence supporting either model, but Flat Earthers don’t require evidence. Instead, they value personal experience.  As they walk around the neighborhood, things appear … END_OF_DOCUMENT_TOKEN_TO_BE_REPLACED