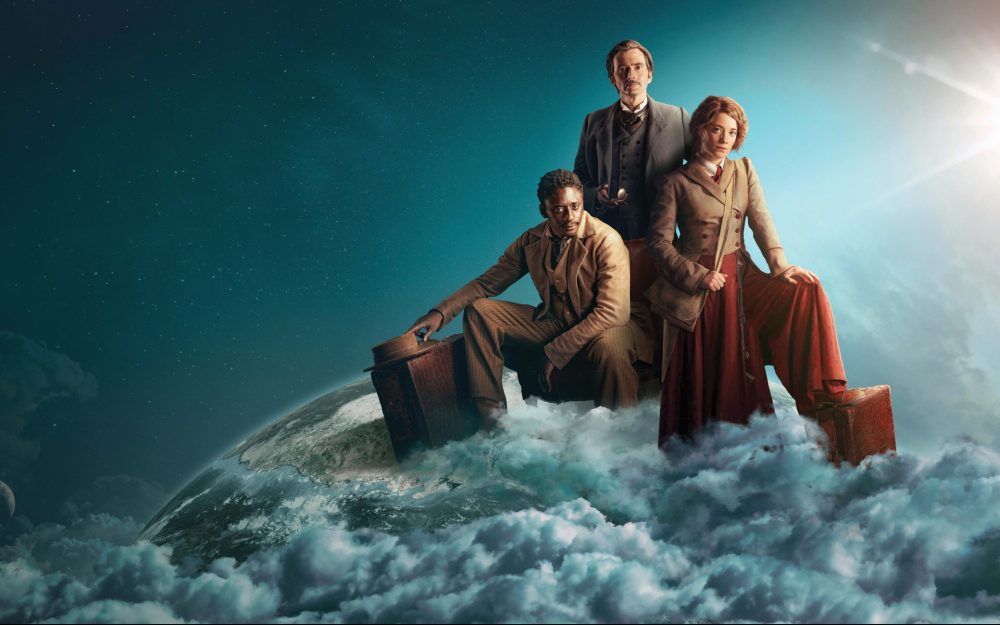 ‘Around the World in 80 Days’ offers an ode to taking chances.

A century and a half ago, Jules Verne wrote Around the World in Eighty Days, and readers began to imagine that the world might be shrinking a wee bit.

The new Masterpiece series on PBS, starring the transcendent David Tennant, reimagines and recasts the central characters and chunks of the narrative in a modern retelling of Verne’s adventure story—which has already been retold many times, including in the classic Academy Award–winning 1956 film.

A sedentary British bachelor, Phileas Fogg (Tennant) rarely leaves home except for a daily walk to his men’s club, where he eats the same meal each day and eschews anything out of the ordinary. Reading a newspaper article speculating that the invention of the hot-air balloon makes it possible to circle the Earth in as few as 80 days, an old school frenemy bets Fogg that it can’t be done. Startling himself, Fogg accepts and doubles the bet, acquires two unlikely travel companions, and sets out on a nearly three-month-long adventure—with a ticking clock. Lest the £20,000 bet sounds less than worth risking one’s life and limb for, it translates to just over $3 million today.

The production is gorgeous—Victorian costumes and international settings so lush and detailed you can almost smell the spices of India, the paper and dust of a book-lined London men’s club, and the opulent gardens of Hong Kong. The framing of shots, both sets and CGI, is intentional and artful. Christian Lundberg’s music is driving, delightful, and great fun.

The production is also relevant. The original attitudes in which Verne’s tale was steeped in 1872 and the lingering racism in earlier remakes have been overhauled here. This freshens and humanizes the story, offering a critique of colonialism where there was once celebration. In the 1956 David Niven version, Shirley MacLaine plays Indian Princess Aouda in brownface. This time around, Shivaani Ghai plays Aouda.

The book’s character of white male Detective Fix (Masterpiece Theatre has enough of those) is now a female journalist (German actress Leonie Benesch)—likely fashioned after intrepid real-life journalist Nellie Bly. By the way, Bly did actually circumnavigate the Earth in 1889 to 1890—and in a mere 72 days, beating another female journalist, Elizabeth Bisland.

The delightfully named Passepartout (Ibrahim Koma), originally conceived as Fogg’s often hapless French valet, is reimagined as much more than a sidekick, endowed with his own rich plotlines and impressive skills. Along the way, Passepartout directly and inventively addresses racism without any white people showing him how to navigate the world as a Black man. Passepartout has come of age.

Tennant’s Fogg shines. Of course, Tennant as any character shines—whether as the Doctor in Doctor Who, Detective Inspector Alec Hardy on Broadchurch, Dennis Nilsen on Des, or Hamlet. His range is stunning and his energy is kinetic and magical. Fogg’s library is a wonder of Victorian armchair pursuits, hinting at his tamped-down wanderlust: books, busts, and a collection of globes, including an enchanting mobile of worlds. There is a tragic thread in Fogg’s past that we can read in his eyes long before he speaks his truth.

As the trio travels by hot-air balloon, stagecoach, camels, and trains, actual history is woven into the plot. Fogg accidentally foils an assassination attempt on French President Adolphe Thiers. In the wild American West, they meet Deputy U.S. Marshal Bass Reeves, who was born a slave and freed during the Civil War and is now tracking Klansmen. Crossing the desert on the Arabian Peninsula, they are guided by the fascinating adventurer Lady Jane Digby and her fourth husband, the Sheikh Medjuel el Mezrab, 20 years her junior.

In the new series, we might wish for a bit more introspection and reflection about how travel and technology were recalibrating the way the world saw itself. What travel was to humans—in an era before streaming, cable, television, and radio and when the influence of media was limited to headlines peddled on the street—was nearly the only way possible to learn about the world and its multifarious humans. If travel became easier, more accessible, and faster, then so did acquiring knowledge.

At Verne’s moment in time, the imagination of the world felt joined in celebration of new possibilities, rather than in what we dislike about one another and ourselves.

Tennant’s Fogg wrestles with choices between love and safety, adventure and comfort, having privilege recognized and being stripped of it. He is frightened not only of leaving home but of entering life.

In his final battle, a literal street fight with gangsters in New York, Fogg is backed up against a wall, wildly outnumbered. Tennant sets his jaw and we see the once timid Fogg—now a survivor of being shot, flogged, and drugged—erupt volcanically in a consummately British manner.

Reaching around him madly for a weapon, he grabs a heavy sack of something, maybe grain, and punctuates perhaps the best speech in the series by swinging the sack like a cudgel.

At once, he locates pride in and takes ownership of the particular losses and griefs of his privileged upbringing.

Tennant is so brave. He shows us everything: Yearning for a lost life. Anguish over a lost love. Self-loathing. And a glimmer of hope that he might, at this late stage of his life, find himself anew and discover he is braver than he ever thought he could be.

That is a place worth traveling to.