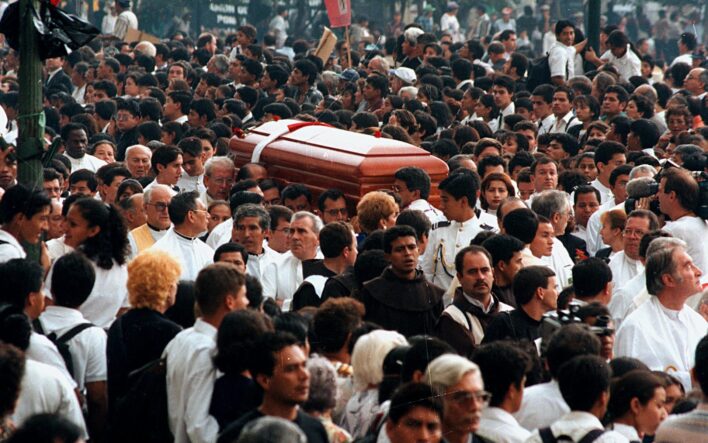 ‘The Art of Political Murder,’ produced by George Clooney, is now streaming on HBO. There is a lot of blood. Blood on the concrete next to the car. Blood on the chunk of concrete used to bludgeon his head. Blood on the cloth covering his body. And then there’s the blood on the hands of the people who murdered bishop and parish priest Juan José Gerardi Conedera. In Guatemala in the 1960s and ’70s, Gerardi was bishop of Verapaz and Quiché. He became auxiliary bishop of the Archdiocese of Guatemala in 1984. He was an outspoken human rights activist working for official acceptance of indigenous languages and the improved status of Mayan peoples. He openly criticized the military’s violence against … END_OF_DOCUMENT_TOKEN_TO_BE_REPLACED