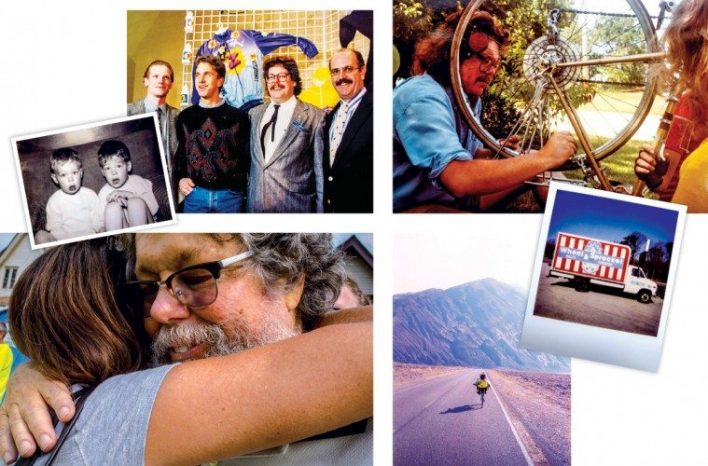 For Wheel & Sprocket CEO Chris Kegel, bikes were a vehicle to touch lives and make a difference in the community.

Biking wasn’t only Chris Kegel’s business; it was also his life. When his four kids were young, the family biked together weekly, and when it was time for Noel, the eldest, to heat off to college, the entire brood biked the freshman to school. They did a version of that tradition with each Kegel kid.

“My mom drove the van, my dad biked with us, and we all did it,” laughs daughter Amelia. No short jaunts to Mount Mary College, either; the student deliveries were to Montreal, Texas, British Columbia, and Montana. “When we arrived at school, other kids would say, ‘You just did what?’ We had a map, sometimes we got lost, but it brought us closer together as a family. We had to rely on and trust each other.”

An unforgettable figure in bicycling circles and a ubiquitous presence at events involving pedals and wheels, Kegel, 63, died in February of liver cancer. A large man with a head of hair rivaling that of Jerry Garcia, Kegel was CEO of Wisconsin bike shop chain Wheel & Sprocket.

He left behind a legacy of four decades of passionate advocacy and service on local and state councils and committees that created and maintained bike trails, as well as hundreds of bicyclists and industry professionals forever affected by his unrelenting, unwavering, uncommon kindness.

“Chris was a strong advocate for more bike trails around Wisconsin,” says Wisconsin Bike Federation Deputy Director Dave Schlabowske, who bought his first adult bike from Kegel. Around Milwaukee, “he helped with the development of the Ozaukee Interurban Trail, the Hank Aaron State Trail, and supported Milwaukee County Parks’ improvements to and expansion of the Oak Leaf Trail.”

Born and raised in West Allis, Kegel was one of six kids. His father abandoned the family when Kegel was young. At St. Rita’s, where he went to school, the nuns spoke at length about world peace. That goal seemed out of reach to Kegel, so he pared it down and focused on changing the world around him, one person at a time, by simply being positive. He lived by that mantra and brought that attitude to work with him, making customers out of skeptics and friends out of customers. He built his business, as he liked to say, “one customer at time,” delivering tremendous personal service. In any one of his stores and at any bike expo or event, Kegel acted less like a CEO and more like an enthusiastic fellow rider, pumping tires and fixing bikes for customers, fostering lifelong loyalty and creating a wide network of riders who each felt he was their personal friend.

You can view the full article on Milwaukee Mag.